I thought the Keisha Cole vs Ashanti was cancelled?

I am more of a jeezy fan but come on man if you try to kill me. I am staying on my guard around you

He wouldn't of done shit! He was scared asf with when Mike tyson got on his shit! 💀

See boosie couldn’t separate beef from other things, why he did 8. I’m a big fan of jeezy but he struggled to bond out on a gun charge which the bail was fucking crazy. Boosie is lucky life isn’t what he’s doing but you can tell time is taking a toll on him. RIP DMX btw boosie next from the looks of it smh

of course Jeezy gone be passed it HIS LIFE wasn't in danger over that beef HE didn't almost get killed over that beef HE didn't have 2protect his life over that beef so hell yeah i felt Gucci! not saying he shoulda said what he said about his dead friend but if you wanna look at it from the street pov gotta feel Gucci no matter how long it's been. then whole time i feel like the only reason that Versus happened was cause Jeezy was tryna promote his album that either came out or was getting ready 2come out around that time.

Someone please try and help me understand why folks mad at Gucci for talking about a mf he killed that was trying to rob and kill HIM..... Make it make sense.

Amazing deception!! Man never shows his face while creating beef!! Blacks just don’t get it!! They worship money too much!! It’s their real God!!

Stop talking to bill he the feds smh

Guwhoop, People not thinking about if someone sent a person to kill you and to defend yourself you had to kill him. They won't forgive them or never forget it. Truth 💯💯

Vlad say every word dudes get killed out here saying

I fw Gucci but I promise u Jeezy wasn’t shook lol. And after that pookie loc shit Jeezy recovered quickly. Jeezy won the versus battle

BOOSIE, I NEED SOME MORE NOODLES... THOSE NOODLES ARE GOOD AS HELL.. THE GROCERY STORE IS OUT OF THEM IN THE HOOD...

Jeezy also wasn't the one who damn near got killed either

Boosie would of best gucci ass no cap

Is this all boosie does, talk to vulture vlad

How did Jeezy show the world he's a real one, Meech have different opinion, I'm confused

sooo riddle me this shit... if Boosie a real nigga from the streets, and they say VLAD is lowkey the feds... then why does boosie keep going back to VLAD and feeling so comfortable talking to him?? i just find that weird.

One week before the versus battle, I spoke to Jeezy, two days later I talked to Gucci Mane, so I knew no matter what was said there would be peace. -TK Kirkland

I think jeezy a bitch for letting that slide

Jeezy wasn’t friend’s with Pookie Loc at ALL!

Don’t matter if Gucci has a right, which he did. I would’ve did that shit for the bro 💯 Fucc y’all Verzus

Wasn't no understanding. If jeezy had a issue he could have done something

Vlad lives to exploit black people problems for profit, he must pay well.

I’m tired of seeing y’all grown ass , suppose to be mature ass people still wanting a man who already got his so called revenge 20 YEARS AGO!! The fuck he still gotta be mad for? Y’all need to chill, Gucci was definitely outta line, it’s one thing to play the song. But the extra adlibbing is unnecessary.

Vlad such a cop 😭

Boosie is part of the problem. Sorry if you send your friend to kill Gucci, of course the man will remember that forever including taunting you about it. Anybody's neighborhood would do the same thing. Jeezy is past it because he wants to tuck his tail. You saw how he couldn't look at Gucci the whole time when the song was over then did the mumble kid angle of "dId iT fOr tHe cULtUrE" when they both did it for money. If you did it for tHe cULtUrE, you would had done it for free and donated your money. None of them would had showed up if money wasn't involved. Lets see the checks written to get them to show up.

This proves how real boosie is

Boosie's mentality is why dudes die and go to jail. Jeezy handled it like a man. Sometimes being a man is letting thing go and moving on.

I thought the Gucci Jeezy battle was fake at first

Hold up boosie it was disrespectful for jeezy to send the hit on gucci, im lost, but not really though.

What is the definition of a so called "REAL NIGGA"

I feel Gucci because if you send someone to kill me that's serious shit. I like how Jeezy handled it.

Most of Vlad's audience doesn't have an attention span beyond 5 minutes. Hence the reason for the 100 part interviews.

1 Thessalonians 5:14 Now we exhort you, brethren, warn them that are unruly, comfort the feebleminded, support the weak, be patient toward all men.

😑 why is vlad speaking on pookie LOC🤦🏾‍♂️

You don’t get over someone trying to kill you. Forget the stage light for a minute.

It's too early for me, I'll leave a top comment on part 50

Jeezy sent niggas to rob Gucci...the nigga that took shots at Gucci was jeezy manz....jeezy only lost a friend Gucci damn near lost his life and had to stand trial....and y’all want that man that had a bounty on his neck to get over that I personally think having the expectation that time would fix that is a little disrespectful in its own right

TI would have tore Gucci to pieces. You can’t compare the two

makes you mad and you lash out

The grease wheels get attention

I love watching these boosie talks.. lol.. he is cool af..

But if someone and they partner plan on killing you, couldn’t no one tell you how to feel about that situation because you had money on your head. Just like when someone makes you mad and you lash out

Boosie aint right in this situation

I disagree with Boosie on this one. Jeezy sent his homeboy to kill Gucci. Gucci took him out. I'm not saying Boosie is scared but bruh, you can't Blame Gucci. Your homeboy died......BLOOD ON JEEZY HANDS!!! Everyone can say what they woulda or coulda did, but back in the day Gucci wasn't nothing to be F'd with......

Of course he pass that ! jeezy scared of Gucci . point blank

So don't nobody else wanna interview boosie ???

Vlad, I’ll punch yo ass in the face 🤣 Just drop the whole interview

First off gucci can say wtf ever he wants. I would to. I would let the mfkr that tried to have me taken out know ey yo keep sending them and ill keep putting them under the dirt. I

THAT WAS AN ATTEMPT ON HIS LIFE, HOW ELSE HE SUPPOSE TO ACT ??

Of course jeezy’s past it. He’s the one that put the hit out! 🤣

Boosiebadazz : I would of charged him if he would of disrespected my dead home Boosie : I like the level of maturity they handled it on

The best versus is Bounty kill vs beenie

I feel like Gucci had to get that off his chest to his face for closure but the fact it got settled and they performed icy for the first and last time is all that matters. That was history

50 and game vs would be great

Smoking that pookie don’t mean the same to Mexicans 😂

Bro they tried to kill Gucci ‘!!! Fuk that go dig ur homie up! 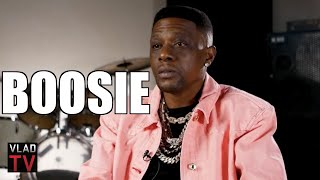 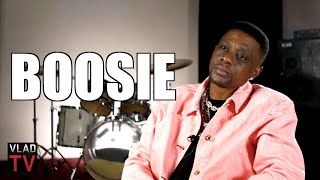 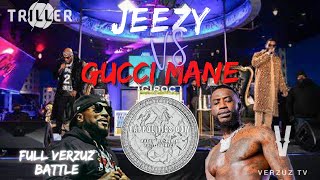 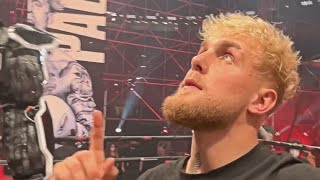 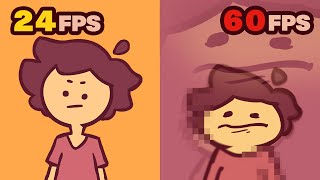 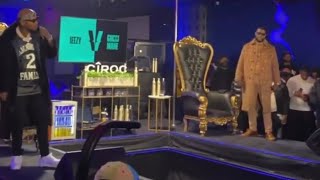 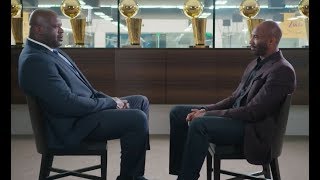 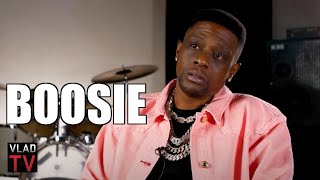 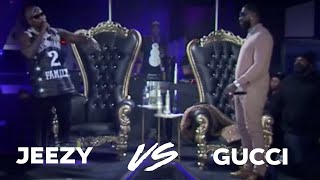 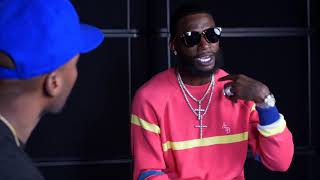 59:14
Growth with Gucci: A Conversation with Gucci Mane and Charlamagne Tha God
visualizzazioni 5 300 000 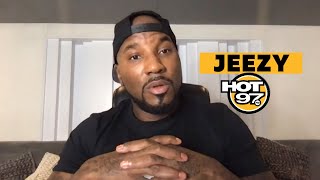 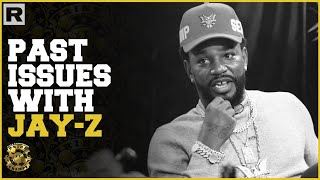 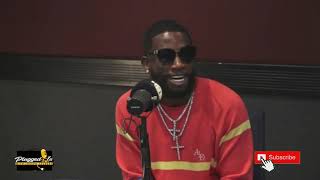 09:25
Gucci talks about snitching in the Feds
visualizzazioni 23 000 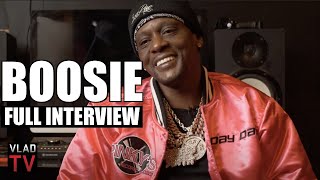 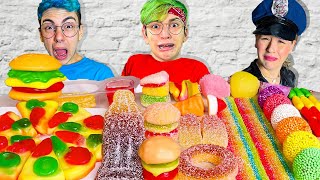 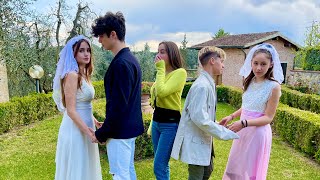 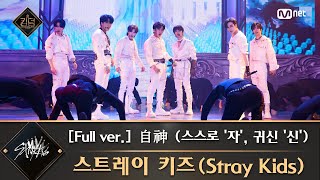 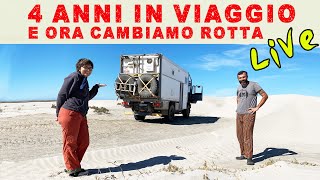 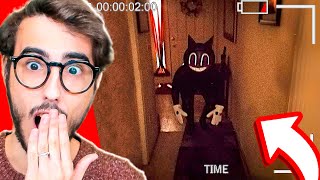 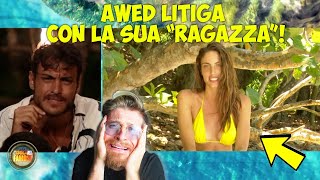 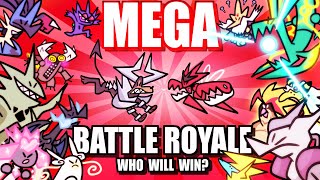 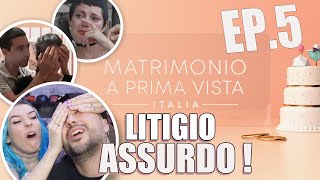