A new Attacker named Flores will bring some explosive drones to Team Rainbow when Crimson Heist, the first season of Year 6, launches for Rainbow Six Siege. The new season will also introduce the Gonne-6, a secondary weapon option for select Attackers that shoots a single explosive round, as well as a rework for the Border map.
#R6S
Please SUBSCRIBE: bit.ly/UbisoftITvidChannel

Discover all our Rainbow Six products and exclusive items on the Ubisoft Store: ubi.li/DZNaP

ABOUT RAINBOW SIX SIEGE:
Rainbow Six Siege is an exciting, new approach to the first-person shooter experience that puts tactical combat and masterful destruction at the center of the action. Lead your team of unique, counter-terrorist Rainbow operators through tense and thrilling combat scenarios, and achieve victory through smart preparation and strategic improvisation. Rainbow Six Siege is available now on Xbox One, PlayStation® 4 and PC.

-THE RULES OF SIEGE: Five versus Five. Attack versus Defend. Infiltrate versus Fortify. Team-based strategy meets intense, tactical combat.
-WORLD'S ELITE COUNTER-TERRORIST OPERATORS: Choose your Operator and wield their unique ability to breach or defend the objective as a part of an elite team.
-DESTRUCTION AS A TOOL: Walls can be shattered; floors and ceilings can be breached. Mastering the tactical use of destruction is the key to victory.
-CLOSE-QUARTERS COMBAT: With tight spaces shaping all combat arenas, tense encounters and up-close-and-personal firefights abound within every Siege.
ABOUT UBISOFT:
Ubisoft is a leading creator, publisher and distributor of interactive entertainment and services, with a rich portfolio of world-renowned brands, including Assassin’s Creed, Far Cry, For Honor, Just Dance, Watch Dogs, Tom Clancy’s video game series including Ghost Recon, Rainbow Six and The Division. The teams throughout Ubisoft’s worldwide network of studios and business offices are committed to delivering original and memorable gaming experiences across all popular platforms, including consoles, mobile phones, tablets and PCs. For the 2019-20 fiscal year, Ubisoft generated net bookings of €1,534 million. To learn more, please visit: www.ubisoftgroup.com.
© 2021 Ubisoft Entertainment. All Rights Reserved. Ubisoft and the Ubisoft logo are registered trademarks in the US and/or other countries.
Rainbow Six Siege: Crimson Heist Operator Gameplay Gadget and Starter Tips | Ubisoft [NA]
itvid.net/u-UbisoftNA

*RX-XD HAS BEEN SPOTTED ON THE BATTLEFIELD*

This will destroy the whole meta in this game like wtf

Just... i would like they bring back night maps...

When will operators start looking like spec-op/ swat again?

More BS to this game lol

Add me on playstation!! Og_BigBird187 I'm new ish so take it easy

When will the replay feature come to console and why did you made us buy flores from the Battle Pass?

Not realistic at all, it sad that rhis game became like overwatch.

We need lwa on console

WHY WOULD U REWORK BORDER?!?!

So when are attackers getting a healing operator

No more "Do not attempt to board the helicopter" in a 1v4 :(

they did argentina so dirty

Hahaha cannot wait to kill people with it.

Um guys go to 5:00 minutes and look at the fuze shield

Flores: Exists Twitch pick rate: NOT STONKS (ik ik its a dead meme if anyone says that)

Hey how about a Melusi buff?

Instead of reworking maps and guns, can we get new stuff?

it looks alot of fun, so, expect some nerfing soon as usual

Can you add a new british opperator

We call that an RCXD

What they got against mah boi castle

Shouldn’t castle counter him? Or at least only break half of the barrier or something

I actually use the anouncer guy on border's to spawnpeak.

There are two fanbases here: "RC-XD ready for deployment" "Sheer heart attack has no weakness"

He counter 99% of defenders

Me: trying to cover the defuser PA dude: DO NOT ATTEMPT TO BOARD THE HELICOPTERS!

the gonne basically makes shields and castle obsolete not to mention flores has a remote controlled nitro🤦🏼‍♂️ only time will tell i guess, maybe make it so only explosives like ash, breaching charges etc can destroy castle barricades and not make them destroyable by melee

When will if come out in ps4

We need more ops that are playable for both teams

I think he should back a 3 speed

Idea for a new operator Name: wolf Ability: enhanced hearing (countering roamers) might sound really op but since the defenders are on most cases overpowering the attackers i think this would be a huge gamechanger (usage of the ability should be around 3 times a round or you should make it that it has infinite use with a cooldown of 20 seconds) Weapons: 416 c carbine / m249 Handguns: Q929 / mk1 9mm 2 speed 2 armor

I can already see a big nerf

Ash: so whats my gadget for?

Make new maps and not reworks

Ubisoft finally did a kamikaze

Me: *trying to cover the defuser* PA dude: DO NOT ATTEMPT TO BOARD THE HELICOPTERS!

Uh what about someone who gives ammo...

WHAT?!? My man on the intercom on border aight gonna be yelling mid game??? He’s what pushes me to win.

Ubisoft always makes the coolest operators have the most boring weapons, like who uses either of those 2 weapons smh

When exit the new season ??

Guys we did it. Ash is useless now

This is basically the RC-XD from Black Ops Basically

0:57 yeah he ded that fall dmg is going to kill him XD

Then dont come back it really isnt a big deal there’s plenty of new games coming out to. I might take a break when dying light 2 comes out

Flores kinda looks like Leon from the movie: The Professional.

Yea I think that was the point, especially considering it’s explosive ending for him lol

No idea what that is but ok

wow I thought that R6 It couldn't get worse and what happened? Explosive drones ://

Can you melee the drone if it anchors?

So Castle is now obsolete...

can we talk about this music doe it kicks bruv

When is he come??? And when is the new season battle pass

The map reworks are horrible. Made me stop playing cause of it. Ruined the game

Can't wait to blow up my teammates with this

this is why i quit siege, the devs are just too stupid to do common sense things like "patch bugs before you put in new things" the ubisoft team are a bunch of apes.

Is this gonna be released in PS4

So basically after the gone 6.. castle is gonna be useless ( even before the gone 6 ubisoft did castle dirty because almost everyone can destroy it ) also melusi and maestro ... bruh 🤦🏽‍♂️ Dear Ubisoft are trying to f up the game ?

operation CRIMSON HEIST is so FLORES🤧 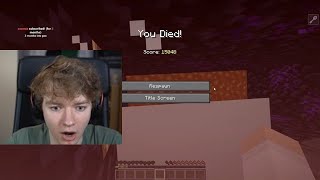 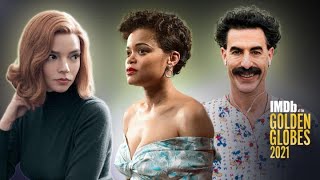 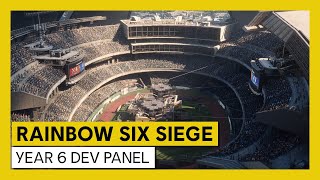 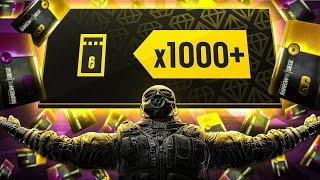 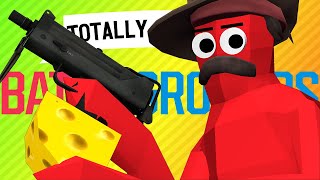 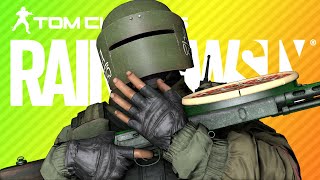 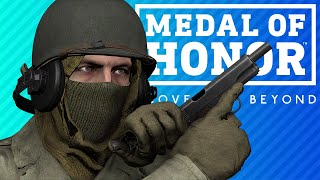 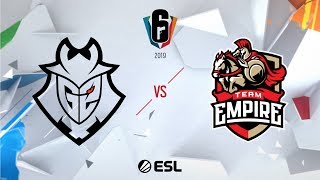 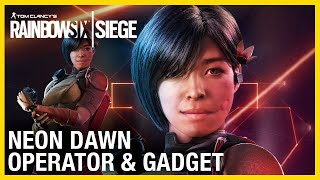 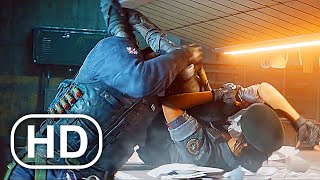 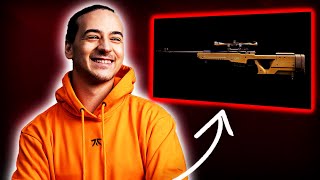 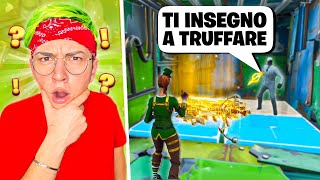 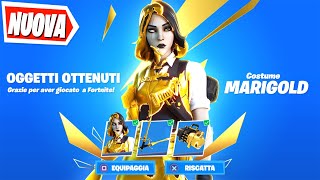 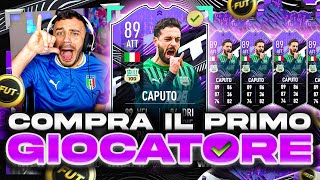 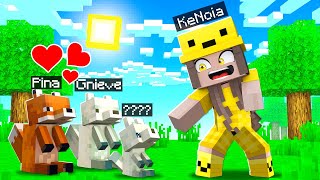 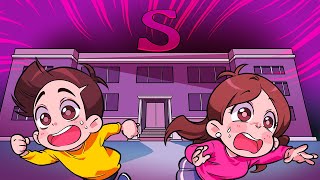 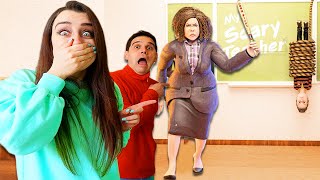 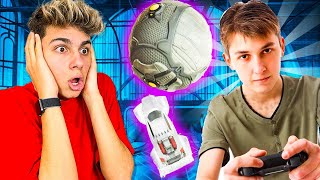 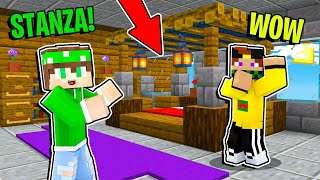 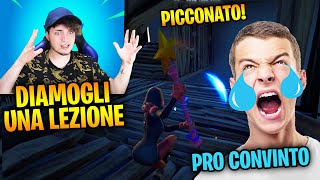